story, I don’t
set anything

up. A field
appears

over a wall,
expands. A cow,

Pastoral comes
to mind. A stage.

Maybe uncertainty
is the principle behind

myopia. How can
you not love

the eye? Demise
inside a mug because

we are indoors.
Ants drowned and

(to the meadow
and watch how

this turns) out.
That side where

of focus: past or
pass. Shift since

evening assembled
and even though

the view’s now
askew, balance is

on your finger,
with no lighting.

What you
will see

is not the knife
gash blood

nor whatever
else led to

and other
words that graze

vocabulary,
on the one

hand. Feel pain
is, on the other,

exact. So long
as you don’t plan

it, misplace it,
it is there.


Posted by ramblingsoul at 1:32 PM


Does it matter. The evening is spent.
A clutter that does not want any sort
of order. A rocking chair

and no wind, no one. Instead a creak
waits, suffers. Nobody.
And freely the arc

sits still upon this contact point.
We can agree on some kind
of settlement. Why bother

the rust. It has the color
of copper. Day restores
the swing. In

capacity a shelter. In strain
the line learns taut,
gains momentum, speeds up

into population. Begin with
a raindrop. Pursue it
with commotion. Share

teeming under exposure. For now
a teeter, dew on a leaf:
Light too-present to neglect

that slope. Stark like a cup,
a cling. How frail the stalk must feel
against all this breaking.


Implicate is a useless word. You are alone with loss, and with
out it. Try not to veer your eyes away from names and numb
ers on tombstones. No resisting it— Erasure is tedious, an infest
ation in the mind. The only claim the world allows you is that one
day, whether you expect it or not, an encumbrance will knock on
the door. A brittle phenomenon, a hold on your body. How much click
ing must it take to understand that you will hurt in so many joints?
A poet dead, pet, relatives, love. Damn it all: Love holds no hold
on the ego. It dislocates, dislodges. Either you give in first or an
other beats you to it. No one should declare he or she is dying. Fill
in now, all you playing dead. Donate not to the pretense, but to
the blind. Stare at the budding flower and watch how remiss, how pre
dictable tendency is. Count the countless, the repetitive nuan
ances. Permanence will outlive all of us. Fulfill the book, a guy in dread
locks offered. Before succumbing to cancer. Intelligence, you must
be shuddering always in the presence of wisdom. You have been
betrayed from the start, by that fear of laying it all to rest. Fatal
ism, too, is learned, like Latin. Hear the drumfill, feel it in pace. 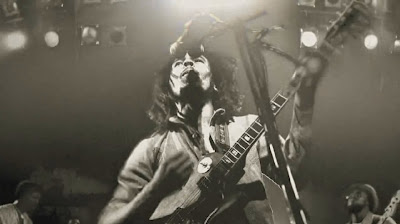 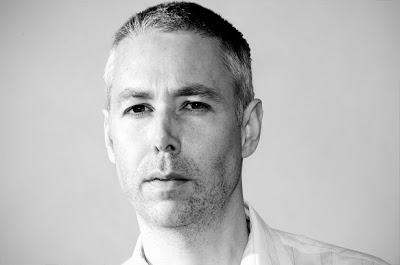 Posted by ramblingsoul at 2:25 PM


An Octave Above Thunder

“The poet’s voice is heard a long way off. . .”
— Marina Tsvetaeyeva

Improbable, the voice of the poet:
it comes, as the Russian genius said,
from a long way off. Her tone, they
say, is untranslatable. The words are
translatable, but not the timbre
of her voice, her word-play—

not the blackness of her dawn,
her church bells. Her child’s fever
pealing through the Russian, resonate.
I sit at the stone gate, here by the drifting
benches of snow, just past the wind’s stumbling
pursuers, the daughter’s fixed gaze—

a rope over the rafter. Heard her voice,
may we each kneel in that swaying shadow?
Bell clapper, scythe, a military salute
unimaginable at the empty well. Let us
praise a long way off, the long shadows
in a poet’s voice. Each line, she said
(up over the rafter)—translated,

was intonation. Then, silence.
(The line taut.) Then what we still
gather, like wolves, from the swaying
distance, improbable, untranslatable:
Exile, lilac, dichtung, lucifer,
bonjour, sushchnost, blood
stumbling in the heart: its dazzling

***
In a longish essay that recently came out in The Boston Review (May/June 2012) titled "Poetry on The Brink," Marjorie Perloff argues that the term “appropriation” is most apropos when describing the current rise of Conceptualism in Contemporary American Poetry. And she wasn’t just implying that it’s the next wave; she’s actually championing it as the way to go toward “Reinventing the Lyric”(her words).

Perloff is unabashedly non-deferential if not outright sarcastic as she lays down her argument, the thesis of which is that there are too many poets nowadays, and there’s an “extraordinary uniformity” among poems that fit the mold of the prize-winner, the publishable, the “well-crafted”.

"…[T]he poems you will read in American Poetry Review or similar publications will,
with rare exceptions, exhibit the following characteristics: 1) irregular lines of free
verse, with little or no emphasis on the construction of the line itself or on what the
Russian Formalists called “the word as such”; 2) prose syntax with lots of prepositional
and parenthetical phrases, laced with graphic imagery or even extravagant metaphor
(the sign of “poeticity”); 3) the expression of a profound thought or small epiphany,
usually based on a particular memory, designating the lyric speaker as a particularly
sensitive person who really feels the pain…”

Perloff goes on to describe the inevitable compromise of Language poetry toward re-definition, so as to assimilate diversity and become more politically-correct in the late ‘90s, while still maintaining its staunch stance against the “delicate lyric of self-expression and direct speech” and, conversely, its demand for “an end to transparency and straightforward reference in favor of ellipsis, indirection, and intellectual-political engagement.”

Before lambasting Rita Dove (the figurehead in her tirade), she offers a gentle, almost motherly scolding of Cole Swensen and David St. John for their “safe” definition of Hybrid poetry in an anthology back in 2009. She underscores their claim of Hybrid poetry’s “avant-garde mandate” as, to paraphrase, that would be akin to joining the so-called bandwagon that is, well, the modern canon. 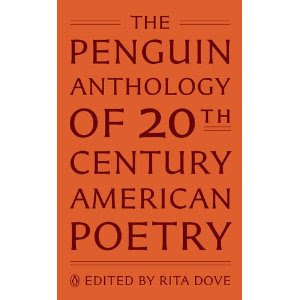 Perloff’s main course here is The Penguin Anthology of 20th Century American Poetry (2011) and Rita Dove’s poetics and selection process. Perloff summons that infamous Harold Bloom vs. Adrianne Rich clash and wastes no time dissecting Dove’s aesthetic valuations and starts comparing notes. She reiterates her disdain of the current paradigm of the so-called contemporary lyric: “observation—triggering memory—insight” in certain poems from the Penguin anthology (including Pulitzer-winner Natasha Trethewey’s) before proceeding to offer examples of what one would surmise as her idea of the reinvented lyric: poems by Susan Howe and Srikanth Reddy. She namedrops other favorites (Christian Bök, among others), before concluding with a poem by Peter Gizzi and this claim: “increasingly, the ‘true voice of feeling’ is the one you discover with an inspired, if sometimes accidental click.”

***
“Uncreative writing,” posits Perloff, as though she were coining the phrase (it's in fact Kenneth Goldsmith's). Her contention should make sense, if only it doesn’t assume a plethora of First World “donnés”. To name a few: access to the web, an audience well-read on the conventions and new writing, a not just literate but English-undaunted readership. Contention is always the advantage of academics and the academized, and is a condition in itself. Is this kind of appropriation appropriate in a post-colonial milieu? Moreover, is it even applicable here?

An option in MS Word that’s quite alluring is the strike-through. Perloff leans toward this omission giddily. Dove will react to her and "strike back" the way she has to Vendler, of course, and that’s her prerogative. This is exciting on the one hand. Yet the error of erasure, lack of inclusion, or better yet of involvement may not be as necessary in these shores as it is in the minds of the directly affected/concerned. This whole issue has less to do with the merit of the included than the easily discerned demerit Perloff doles out to the editor and the publishing house. Dove is, as expected, now donning the armor of the besieged critic, not the editor. Many want to see how this shebang plays out. How many is many, though?

Muske, in the 10th and last section from the octave above, appropriates the revered Russian poet, allows the "epigraphed" line to inform her own without omission, sans the embellishment, devoid of the agenda we could call matricide. Maybe this is anti-intellectualizing. Maybe this is, instead, approximation— that which does not collide with the original text but enriches/layers it. Profounds instead of confounds.

Yes, echo always bounces back to its origin: somehow warped, slightly altered, but never outright changed. Otherwise we're left with yet another fool on the hill shouting and cursing at the world, waiting for answers that would not come. Or, so in love with the sound of his own voice, he forgets where he stands and his fall is heard a long way off.

Posted by ramblingsoul at 1:31 PM