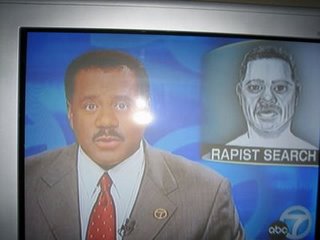 re-post from cos' blog. haha. 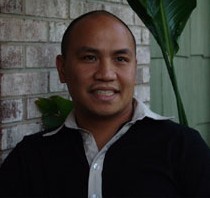 Inviting everyone to attend the one-night-only bboy poetry reading of Fil-Am poet Patrick Rosal tomorrow, November 21 (Tuesday), 8PM at mag:net, Katipunan. I will be reading with other guest readers including Asha Macam and Mookie Katigbak. See you there.

Patrick Rosal is the celebrated author of Uprock Headspin Scramble and Dive (Persea Books), finalist for the Asian-American Writers' Workshop Literary Awards and winner of the AAWW Member's Choice Award. His chapbook Uncommon Denominators won the Palanquin Poetry Series Award. His work has appeared in journals such as North American Review, Columbia, Folio, and many anthologies including The NuyorAsian Anthology, Pinoy Poetics, and The Beacon Best. He has been a featured reader at many venues around the country, in Buenos Aires, London, and on the BBC radio program "The World Today". The 2001 Emerging Writer in Residence at Penn State Altoona, he is currently Assistant Professor of English at Bloomfield College. My American Kundiman, was recently published by Persea Books in fall 2006.

The Poet with His Face in His Hands

You want to cry aloud for your
mistakes. But to tell the truth the world
doesn't need any more of that sound.

So if you're going to do it and can't
stop yourself, if your pretty mouth can't
hold it in, at least go by yourself across

like crazy, and there is a cave behind all that
jubilation and water fun and you can
stand there, under it, and roar all you

want and nothing will be disturbed; you can
drip with despair all afternoon and still,
on a green branch, its wings just lightly touched

by the passing foil of the water, the thrush,
puffing out its spotted breast, will sing
of the perfect, stone-hard beauty of everything.

-- Mary Oliver, from The Best American Poetry 2006 (I got a copy
yesterday from Booksale. hehe.)
Posted by ramblingsoul at 1:27 PM 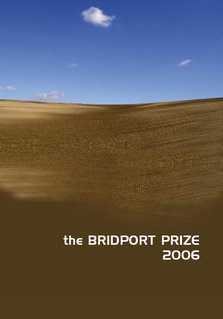 Truly an honor. Many thanks to judge Lavinia Greenlaw and Bridport's Frances Everitt. Here's the Bridport Prize's updated link and here's what Ms. Greenlaw has to say about the winning poems. Awarding is tomorrow in Dorset, UK. The support has been tremendous, but I couldn't go and receive the prize myself as my daughter's currently confined and we don't know the final diagnosis yet. Anyhow, congratulations to all the winners, both for Fiction and Poetry. :)

Thanks so much to Ms. Mons Romulo Tantoco for helping me secure my passport and to the wonderful people in the British Council for the help with the VISA. Pasensya na po talaga, di nakaalis.
Posted by ramblingsoul at 10:20 PM

Someone once said, it's been with us
since the beginning, incorruptible and blameless
as the electricity that rides the sky
and pushes the children away from the swing,
to fear then unhappiness, as they stare out
of windows like the rain will always be
their greatest bully. Nothing we do
can console them, like the small and nearby
were already the wide and friendly world,
as if outside should be swings and seesaws
and permanent sunshine. As if their whole lives
would rest on the same axis: our presence
and their resistance. Meanwhile,
we do what we can. We count the spaces
between lightning and thunder, the intervals
of rain and sun, time. So that our children,
alive with their bursting blue souls,
could once again leave us inside,
staring out of windows and growing even older.
Posted by ramblingsoul at 6:44 PM

To be sedated, handled with fingers,
the fear conquered and the animal harmless
like the ordinary orchids in the greenhouse,
its body just another thing to be tampered with.

I think of the young zoologist, his first time
in the field, lab work and books behind him,
hands calloused from too many chemicals.
How his body shudders now, this moment

with the animal of his wildest dreams.
It could be a lion, rhino, some poisonous snake.
It really doesn’t matter. He is caught
in this moment of pure closeness. He holds its paws,

hooves, wings, the pointed and useless fangs,
rough but firm like his grandmother’s hands,
as during that first trip to the zoo one summer,
a long time ago, before he forgot how

the sun exposes everything, alights gently
on the living, or the dead, and how everything ends up
being touched, even the fierce ones, even this animal—
for now familiar, for now almost like family.
Posted by ramblingsoul at 4:21 PM

They made it clear from the beginning–
you were only borrowing it for a while,
and have to surrender it eventually,
like an umbrella from the neighbors after the rain.

Some, inclined to science and a mild form of pontification,
guessed life to be most likely linear, one straight path
from one moment to another, or crooked,
depending on which religion you’re looking from, and even concentric also,

like the growth of a tree’s bark, the future
containing the past in small circular hearts.
It was the really concerned ones, willing to be honest,
your mother most probably, or cousin, who said

happiness was hard to come by,
but attainable and never-ending and short.
What they didn’t tell you was that the sky overhead
was already gathering around the horizon and beautiful forever,

the grass underfoot growing around your feet
from graves. Of course you don’t have to know why.
You can always pray and sleep under trees.
What they didn’t tell you

was that you were given a body
weak to the hard elements but indestructible
as long as there was the soul chittering
like a cricket in the wide, boundless night field

outside your window, now apparently wet,
it having just rained, the neighbor’s umbrella
propped on your door, unreturned,
black with red polka dots, not your favorite color.

Where they are exactly, no one knows.
It is enough that they lie somewhere,
slicing the darkness with their sharp sounds.

Far off, in the cities, people are making do
with light and music and wakefulness.
Here, it is not so different. Only here,

the fireflies are satisfied with their nature,
their flickering envy of stars.
The same is true of the bullfrog,

announcing its presence by the pond,
and of the waiting owl, wide-eyed
and dark-winged and silent in the tree.

But the crickets, weak and ready
for the taking, are the boldest,
frantic with their unlinear music

as if they want to be found, as if
each singular blade of grass contains a single note,
contributes to the grand monotone of the evening.

Troubled and sleepless, I step out to look for them,
flashlight in hand. But outside there is only
the unblemished night, alive with its occasions of light,

harsh sounds, and the unseen crickets, nearby
and far away, mocking the frog, the owl, me.
As if their chorus is both for death and deliverance,

or simply because the night would be too silent
without their sacrifice. Eventually, they would
be discovered. Maybe not tonight, and maybe not

by me. This is the call of both the wild
and the human: our constant search for sources,
answers. Then again, there is the question

of God, our natural need to be heard, forgiven,
as these crickets–-noisy but perhaps
full of prayer, perhaps already redeemed.