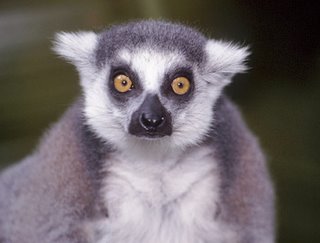 Posted by ramblingsoul at 12:09 PM

The Plight of Poetry (or: What The Professors Did To Poetry)

Quick, name a famous living poet. I bet that 99.99% of Americans can’t do this. When I was a boy, they actually interrupted pop music on the radio to say that T. S. Eliot had died. Can you imagine this today? Once the lusty Queen of the arts, Poetry now seems dithering and irrelevant. What happened?

I can do this in 10,000 words but we’re all in a hurry, right? The pretentious and sententious mugged Poetry. Mostly professors, lots of professors. There were also the highbrow critics such as Clement Greenberg, who lamented that middlebrow culture was “infecting the healthy, corrupting the honest and stultifying the wise.” Here’s what he and his friends were saying: if you don’t like what we tell you to like, you’re not entitled to like anything at all. Instead of encouraging people to participate as much as possible, even if only a little, and thus lifting the whole society, Clement & Co. undercut the process. Our self-appointed elite is good at the stilted, the mannered, the brainy, the opaque, the ingeniously pointless, so that’s the genius stuff. Everything else is deemed unworthy.

Fifty years ago we still had great and greatly famous poets. But after World War II, the universities swelled in number and size, and professors swelled with ambition. Poetry got kidnapped by publish-or-perish careerists (because universities count poems as “scholarly publications”). MFA programs claiming to teach the “craft” of poetry--never mind that it’s an art--sprouted like mushrooms. Dozens of little magazines, subsidized by university budgets and infused by academic hauteur, claimed to present true poetry. A small group (were there even a thousand of these people?) wrote, published, reviewed, praised, and gave awards to each other’s poems, all the while sniffing disdain at anything from outside their circle.

Sure, there are always culture snobs. In moderate doses it’s a fine thing--keeps the intellectual pot boiling, makes life interesting. But when think-alike extremists take over, you can kiss your art goodbye. And this is no short-term phenomenon. As early as the 1980’s, the generic poetry stamped out by academics already had a sardonic name: the McPoem.

McPoems are usually genteel to an effete degree. Which would remind many of the New Yorker, so rich and influential, so enamoured of McPoetry. I confess that I’ve had a long love-hate relationship with Eustace Tilley’s Mag. The cartoons made me laugh. The poems often left me dazed: Are there actually people who enjoy this?

Whereas McPoetry is usually tired and gauzy, great poetry is typically energetic and lucid. Opaque poetry? Unless it’s at the level of Ezra Pound and Wallace Stevens, let’s not go there. (Billy Collins, a poet laureate, crafts his poems so they can be understood on a first reading; you can guess that McPoets hate this guy.) The language of great poems is generally intriguing on its own; but typically you fall through the language into the story or epiphany. No story or epiphany? Why write? And great poetry almost always gives you a grin or a chill, a sigh or a shudder. They’re emotional. McPoems tend to murmur faintly.

Who today writes with vigor and emotion? Our songwriters may be the exemplars. One of the pleasures of being in a Karaoke bar is to really study the lyrics on the screens, study them as if they are great poetry. Some are. You just know, if they published a book of Recent Poetry That Actually Made Somebody’s Heart Beat Faster, most of it would be by the Beatles and 50 other rock and rollers, Tin Pan Alley wordsmiths, blues and country singers, rappers, and other outcasts.

So, here’s what the McPoets accomplished: a torrent of boring poetry gave Poetry a bad rep. To judge by the proliferation of websites, more people may be reading long-dead Romans than are reading any American poets alive. What’s certain is that writers such as Catullus and Martial are perused with more visceral enjoyment than virtually all contemporary poets, because the dead guys are alive with sophistication and high spirits.

Poems from the Greek Anthology seems also to be more popular than ever. Wow! These poets wrote about every facet of life, including enemies, lovers, battles, and favorite boats. Here’s what poetry was like when it was young:

On a Thessalian Hound (by Simonides)

Even as you lie dead in this tomb
I know the wild beasts
still fear your white bones, huntress Lycas;
your bravery high Pelion knows,
and splendid Ossa
and the lonely peaks of Cithaeron.

Point is, this ancient poetry displays a directness, a force, a fullness of life that literature has traditionally possessed but McPoems abandoned. Just as they abandoned lightness (the kind that ballerinas possess) and a sense of fun. e. e. cummings shows how to do it right:

since feeling is first
who pays any attention
to the syntax of things
will never wholly kiss you;
wholly to be a fool
while Spring is in the world
my blood approves,
and kisses are a better fate
than wisdom

cummings also gave us a remarkable poetic credo: “It is with roses and locomotives (not to mention acrobats Spring electricity Coney Island the 4th of July the eyes of mice and Niagara Falls) that [poems] are competing.”

Horace, a Roman, wrote a long Ars Poetica full of sensible advice to the young writer. Fast forward 2000 years: Archibald MacLeish wrote another Ars Poetica, quite short, quite bizarre. This one has probably been quoted a million times in various McPoem Academies. It starts:

A poem should be palpable and mute
As a globed fruit,
Dumb
As old medallions to the thumb...

Poems should be mute and dumb? So gloriously goofy. Twenty years ago, when McPoems were practically blocking out the sun, I wrote my own Ars Poetica in self-defense. Here’s all of it:

MacLeish tells you how to write McPoems. I tell you: there’s other roads. But what the hey, I love these lines by Gelett Burgess:

I never saw a purple cow,
I never hope to see one;
but I can tell you, anyhow,
I’d rather see than be one!

Perhaps you feel the same way...but you’re afraid to admit it? Well, there’s some good in getting older and cranky. I no longer care what professors and cultural commissars think. Here’s advice I gave elsewhere about art: “Don’t be intimidated. If you don’t like it, it’s bad. If you like it, it’s good. Buy it.”

Another of my favorite lines is something I found, decades ago, scrawled on a vending machine in the New York City subway:

Let my red hot lips kiss your blues away

But here we are, pathetic losers. For the first time in the history of the world, in the most word-filled, endlessly communicating society ever, there’s hardly any literary hot lips.

Coda: Other people have made these same laments. Perhaps not as stridently. But they probably wanted to be respectable. I just want to set you free. First, ignore most of what comes out of academia until they stop being so pretentious. Second, spread yourself around, gather your literary rosebuds as you may, practice that diversity the universities love so much to talk about but don’t always get around to practicing. More than anything else, open up your heart! Let the works in. That’s all any writer or artist can ask. If you then decide, no good, that’s no problem. Don’t apologize, keep looking. There’s so many talented people, in this country and around the world. You’ll love many of them. Find them, and take them home with you.

More Than Meets the Eye

Posted by ramblingsoul at 2:34 PM 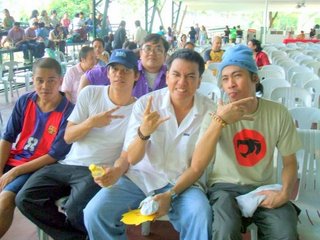 Salmat kay Sir Jose Leonidas aka BBoy Magix for the photo!
Posted by ramblingsoul at 12:32 PM