Averno is Louise Gluck's best book in at least ten years, perhaps her best since The Wild Iris (1992). Like almost all her books, it mixes curt fragments of autobiography, apothegmatic claims about disappointment and unfulfillment in human life generally, and analogies from familiar myth: in this case, the myth of Persephone, whose descent into Hades, and consequent winter (Italian "averno"), the poet sets against (a) her own midlife fears about death, (b) her thoughts on the tenacious, frightening bonds between mothers and daughters, and (c) the story of a modern girl, an anti-Persephone of sorts, who—through carelessness or arson—burns a wheat field to ash.

These deflated lyric utterances possess the starkness of her other recent books (such as 1999's Vita Nova) but almost none of their self-pity, and none of their risky, apparently thin consolation. "I thought my life was over," Vita Nova concluded, "then I moved to Cambridge," that is, Cambridge, Massachusetts. No wonder Americans pay such high rent to live there.

Such responses, provoked whenever a poet does not quite transform her life into art, should not arise from Averno, which provokes astonishment, and perhaps a little fear, instead. In this book, when a life is over, it is truly over: "these things we depend on," the first poem says, "they disappear.// What will the soul do for solace then?... Maybe just not being is simply enough,/ hard as that is to imagine."

Averno, like many retellings of Persephone's story, considers how hard we find it to leave any prior world (childhood, say, or youth, or parenthood) behind. Gluck’s retelling stands out for the nearly impersonal harshness with which she examines the actors, and especially Demeter, the grieving mother. "The goddess of the earth/ punishes the earth—this is/ consistent with what we know of human behavior," she concludes. Another poem advises: "the tale of Persephone... should be read/ as an argument between the mother and the lover--/ the daughter is just meat." The closer we get, Gluck suspects, to the primal attachments—mother-daughter, wife-husband, lover-beloved-- the less humane we are to one another, the more we cease to care what our “partners” want.

Nor is that her only chilling claim. "I remember the word for chair,/ I want to say—I'm just not interested anymore." So the title poem states: few poets save Plath have sounded so alienated, so depressed, so often, and rendered that alienation aesthetically interesting. Gluck's self-editing, her care that each line add (or subtract) something from the line before, sets her above her bevy of imitators. As with Alberto Giacometti, her closest analogue in the visual arts, Gluck's technique seems to have evolved out of her bleak, subtractive moods. Her happiest claims, her most attractive images, come in for grim treatment as soon as they appear. Look what she does to the agreeable melancholy in this succession of images: "My childhood, closed to me forever,/ turned gold like an autumn garden" (here it comes) "mulched with a thick layer of salt marsh hay."

Such effects notwithstanding, Gluck's usual sources of surprise and variety are not images but syntax, line shape, and tone: poems shift from vaunting defiance to curdled self-hate in the space of a single phrase. Gluck can also stake everything on the truth of her abstract utterances: "It is true there is not enough beauty in the world./ It is also true that I am not competent to restore it./ Neither is there candor, and here I may be of some use."

That candor about owes something to Gluck's early and serious psychoanalysis, which (as she explained in an essay, collected in 1994's Proofs & Theories) served her almost as other writers have been served by universities. The psychoanalytic situation, of course, asks the analysand to say, without rehearsal, whatever seems most important, and identifies importance with hiddenness, shock, aggression, unfairness, with whatever emotions we usually conceal.

So does Gluck. What psychoanalysis does not do, what Gluck has used her lyric concision to do, is to judge those unfair, "inappropriate," self-revelations, and in doing so to give them shape, or shapes: as in the psychoanalytic series of sessions, organized into episodes and groups, Gluck's verse-paragraphs comprise sets and series, poems and groups of poems, sets within sets, such as the six-part, eleven-page poem “October,” each part and no part apparently final.

These bleak sequences include an equally bleak view of the life course. Lives in most art works have, in Yeats' phrase, "character isolated by a deed," but lives in Gluck have no deeds, no moments of decision, only a remembered "before" and a startled, stripped down "after," with "the field parched, dry,/ the deadness in place already." In a poem called "The Myth of Innocence," Persephone realizes that neither an account in which she says "I was abducted," nor an account in which she says "I offered myself... I willed this," fits: the name for her life, for all lives, is neither victimhood nor heroic choice, but impersonal fate, which we can resent indefinitely, or else resign ourselves to living out.

Gluck's bracing transitions and her scary omissions, her sudden claims and terse rejoinders, will not please every reader, but what could? She has rejected most of the effects by which other poets depict life's attractions, or its distractions: "Someone like me," Gluck says, "doesn't escape." Even the oldest tradition of seasonal lyric contains, for her, misleading consolation: "Spring will return, a dream/ based on a falsehood:/ that the dead return." Is such an account of life incomplete? It is: it is also beautiful in itself, and it makes a startling corrective to the hopes embodied by almost everything else we are likely to read.


From Tower Poetry
Posted by ramblingsoul at 7:19 PM

What a great blessing
to start the year!
Heartfelt thanks to
Ms. Eileen Tabios,
Judge Michelle Bautista
and all the people over at
Meritage Press, San Francisco
for the honor. Congratulations
to the other winners,
Ivy Alvarez
and Marie La Viña,
both close friends,
as well as all the finalists. :)
Posted by ramblingsoul at 7:07 PM 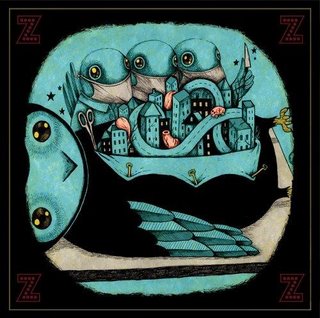 Please come, support us, and Rock Out! This coming monday in mag:net Katipunan. Wasakan starts at 9pm. We'll be playing two sets from the forthcoming album, Release the Evil. Also featuring readings from established and upcoming poets like Jimmy Abad, Allan Pastrana, Angelo Suarez, Arkaye Kierulf, Lourd de Veyra, John Torres, Larry Ypil, and other readers from UP, UST, and Ateneo. If you feel like it, bring a copy of your poems and READ with us during the open mic. No secret handshakes required!


*photo from the cover of the 2005 album, Z by My Morning Jacket (my favorite wasak innovators of the moment)
Posted by ramblingsoul at 4:04 PM

"Confirms what we all know: that we are just detritus in a crash of spirits and bodies, trying to find meaning in the aftermath. The coolness of it is that it depicts our inexorable spin to destruction with such poetry."